James Davis, a Chicago trumpeter and music maker, is comfortable in and always enjoys exploring a wide array of musical environments.  As a composer and improviser, Davis is involved in a diverse blend of musical communities in Chicago.  His diverse background and ranging interests can be heard in his own Chamber-Jazz group Beveled, the improvising effects-laden LORIS, and various Jazz projects.

In addition to leading different formations of his own groups, Davis has also recently collaborated and/or recorded with Matt Ulery’s  Pollinator, Chris Dammann's Restroy, Lucas Gillan's Many Blessings, The Heritage Jazz Orchestra, and The New Standard Jazz Orchestra. James has earned recognition as a finalist both in the 2004 International Trumpet Guild Jazz Improvisation Competition and the 2007 Carmine Caruso International Jazz Trumpet Competition and has completed degrees at the University of Texas at Arlington, and at the University of North Texas. At UNT, James had the opportunity to tour and record with the Grammy nominated One O’clock Lab Band and the UNT Wind Symphony. 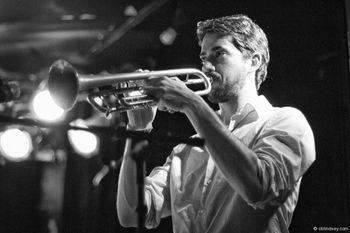 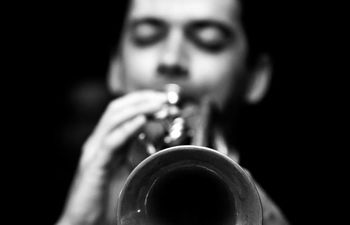 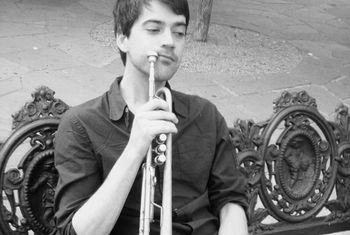 “And James’s playing ...with its pure tone, measured melodies, and judicious use of both notes and space ...reminds me of the fresh breath Chet Baker blew through bebop in the early 50s.”

“James’s best tunes...share the simple (but not simplistic) tunefulness that Bill Frisell and Pat Metheny have used to such great advantage. They have a wide open prairie sensibility and the melodies forswear the vertiginous leaps and bounds endemic to bebop, early avant-garde jazz, and today’s free-improv energy music...”

“...enjoyable music filled with dreamy atmospheric, lovely tones and stimulating solo forays played by an ensemble of young musicians who are making a name for themselves in the exciting Chicago jazz arena.”

Angles of Refraction:
“...striking and compelling ...this is a winner.” 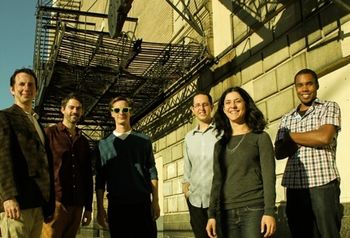 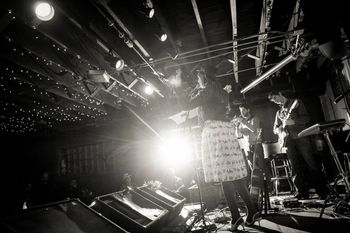 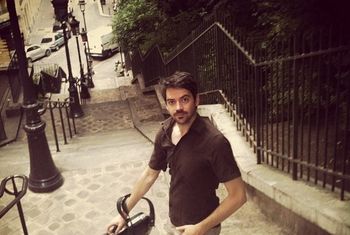 JAMES DAVIS QUINTET
Featuring music written for quintet shortly after my relocation to Chicago, IL. This group of musicians are some of my favorite collaborators and composers in their own right.

CHICAGO GOES WEST
A trio of Trumpet/Bass/Drums led by Karl Schwonik (based out of Calgary, AB, Canada).  Highlight performances include an appearance at the Montreal Jazz Fest in 2010 and two North American tours. w/ Nicolas Bedard or Dan Fortin, bass Karl Schwonik, drums

Matt Ulery’s “By a Little Light”